Every year it is our privileged to invite some of the best young Nepali runners to run the Mustang Trail Race in the remote badlands of Upper Mustang.

While Nepal is often described as a “small country”, travelling from place to place requires time and effort, and relative to average incomes, is very expensive indeed!

This year we invited the following runners who you’ll see in the images below. First the boys:

Kiran and Suman Kulung from Solokhumbu – both have been running for some time now since they joined the “Everest Ultra” directly after portering loads up to Everest Base Camp, and under the supervision of Ramesh Bhattachan, they’ve had great successes in several Hong Kong races.

Umesh Rai is just 19 and won the last Bhojpur Trail Race started by Mira Rai in her home village. Bhim Bahadur Gurung is pretty famous in Europe and runs for the Salomon Team. Manish Tamang has just held his first trail race from Gosaikunda to Helambu with the help of Lizzy Hawker and others. 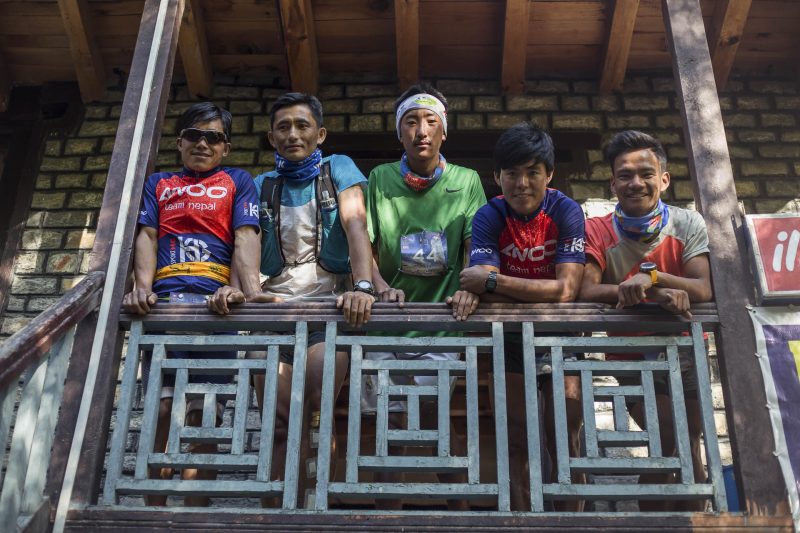 Suman, Bhim Bahadur, Umesh, Kiran and Manish on the balcony at a hotel just before the start of stage 8.

Then to the three ladies: Priya and Rashila Tamang, and Priya Rai. All three are under 20 and have been running only for a couple of years but are taking it more and more seriously, and being more successful!

What’s certain is all of these runners enjoyed spending time with each other, and the international runners. they enjoyed seeing a part of their country only the adventurous middle class would get to visit, and the race was excellent training – different distances, at different altitudes, day after day like a bootcamp.

Some of these runners will return in 2020 and there will be a new batch of new talents who’ll you’ll meet! And note, on many days we have a split start where the faster runners start up to an hour later than the rest of the field. This gives you a chance to see the best in action! 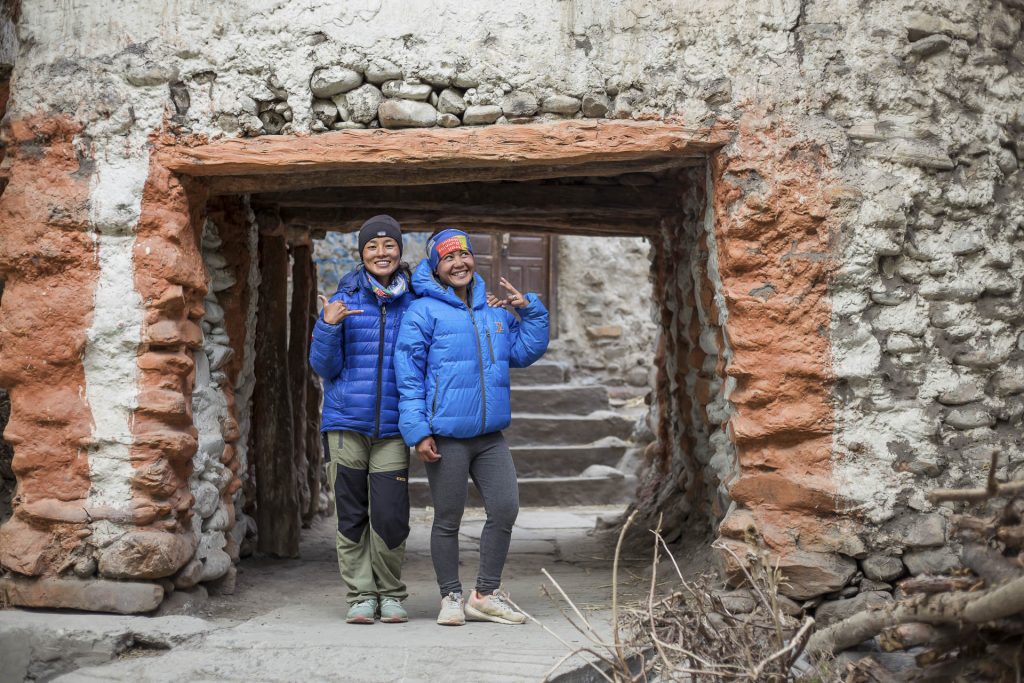 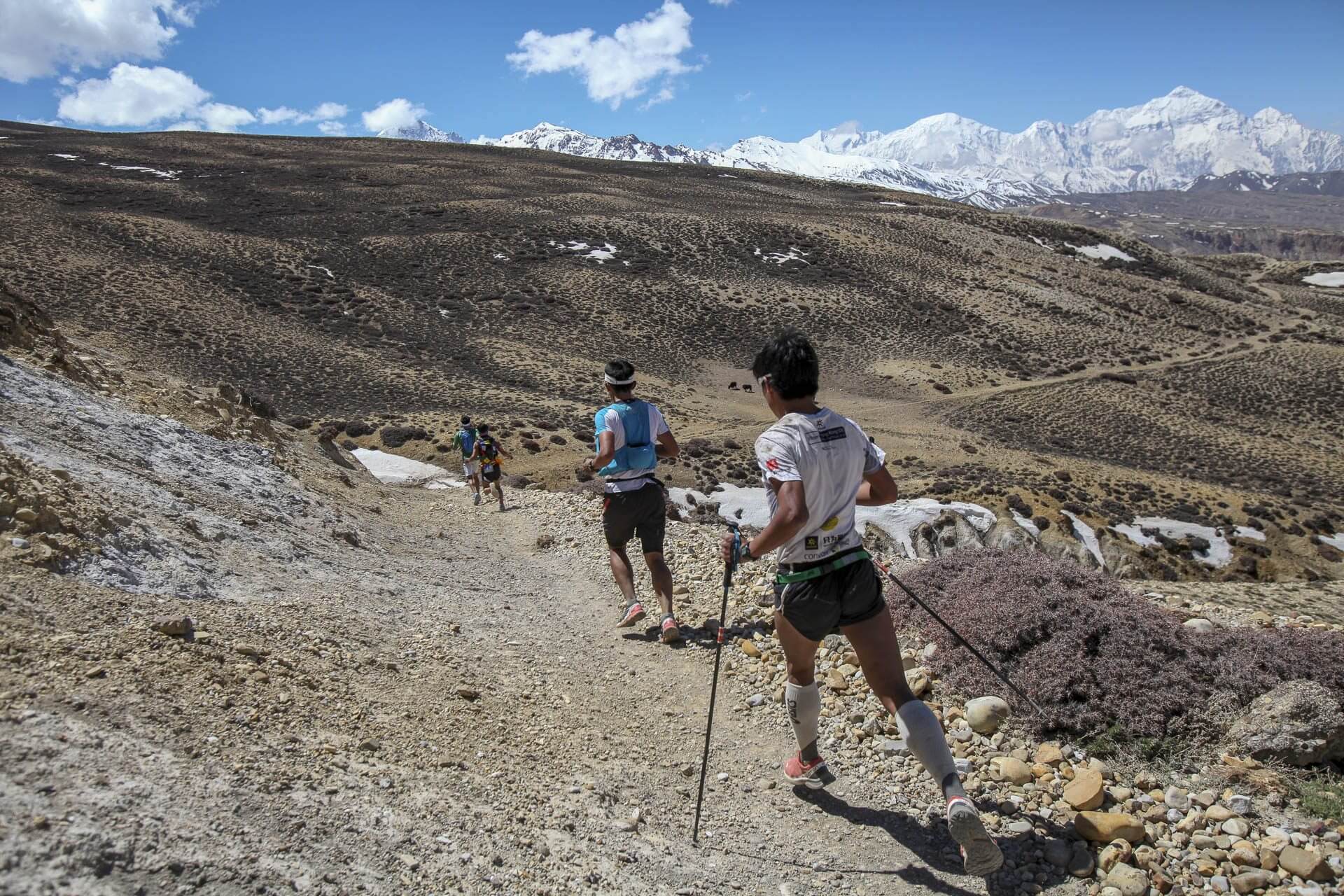 The top guys running together on Stage 7. 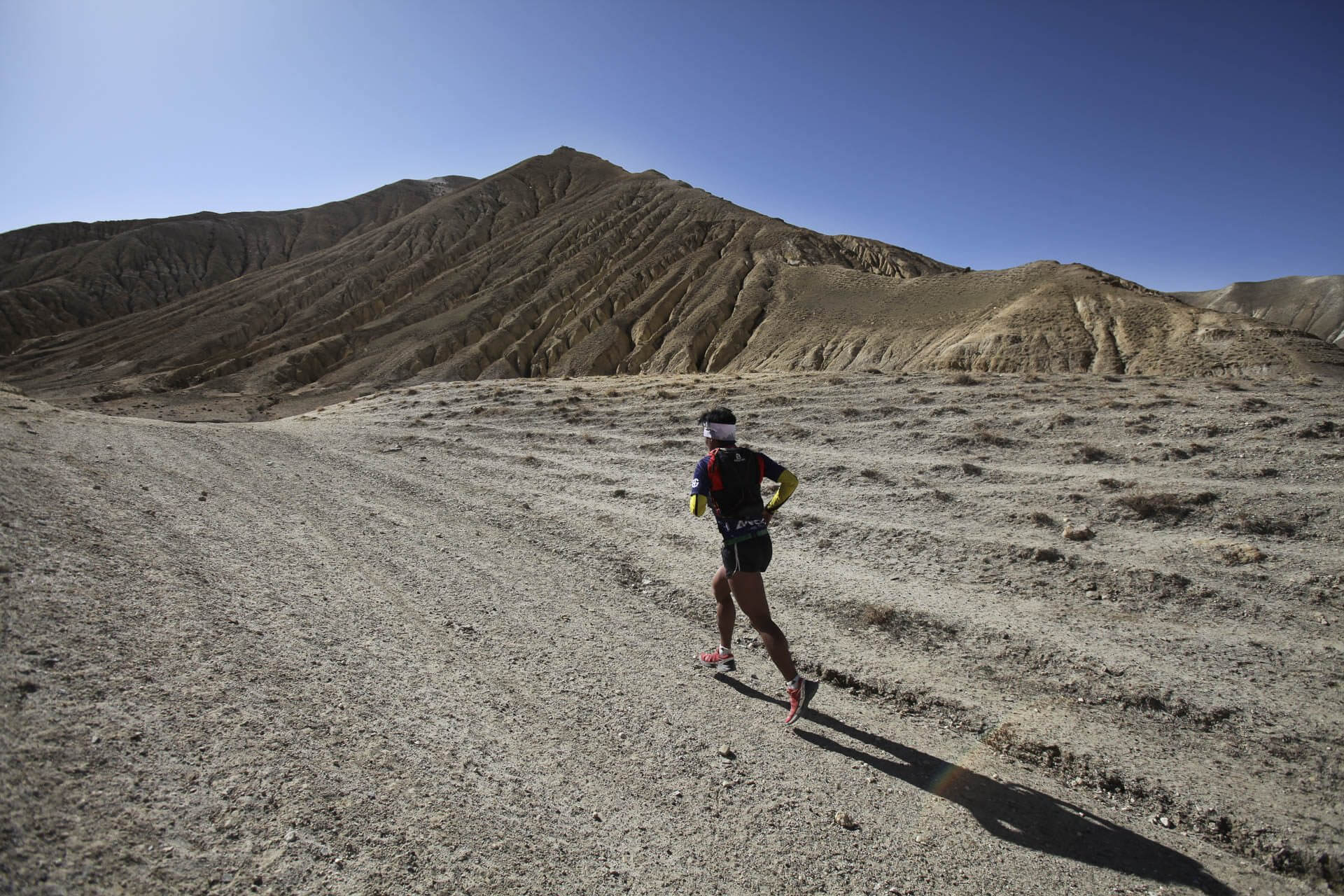 Suman Kulung blazing ahead on Stage 4 towards the Badlands of Konchokling. 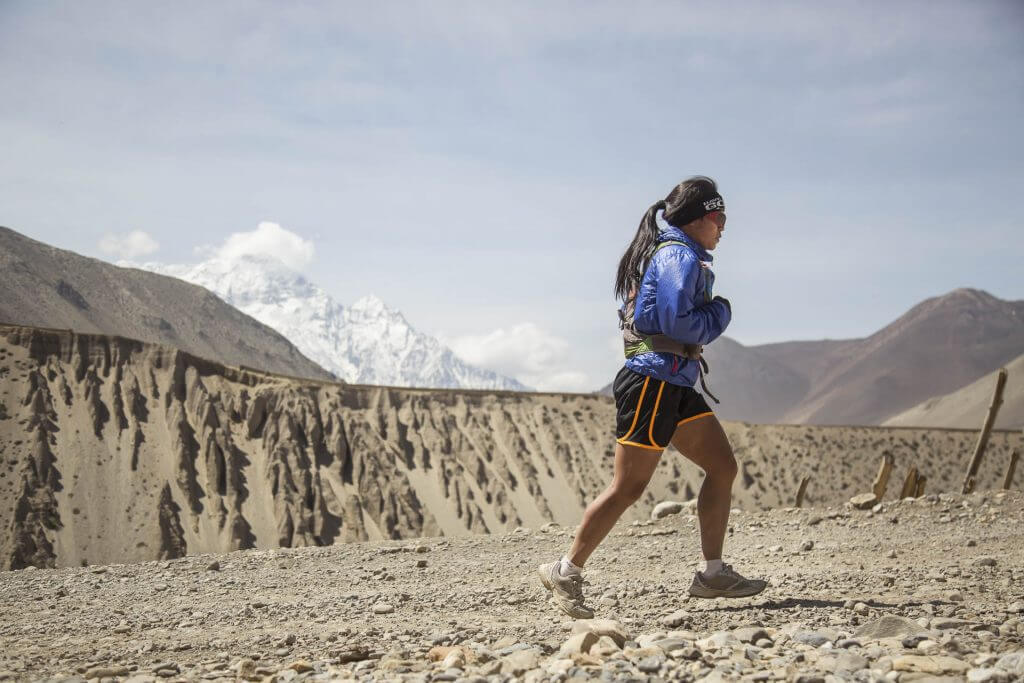 Strong Priya Rai pushing forward on Stage 1 with Nilgiri in the background. 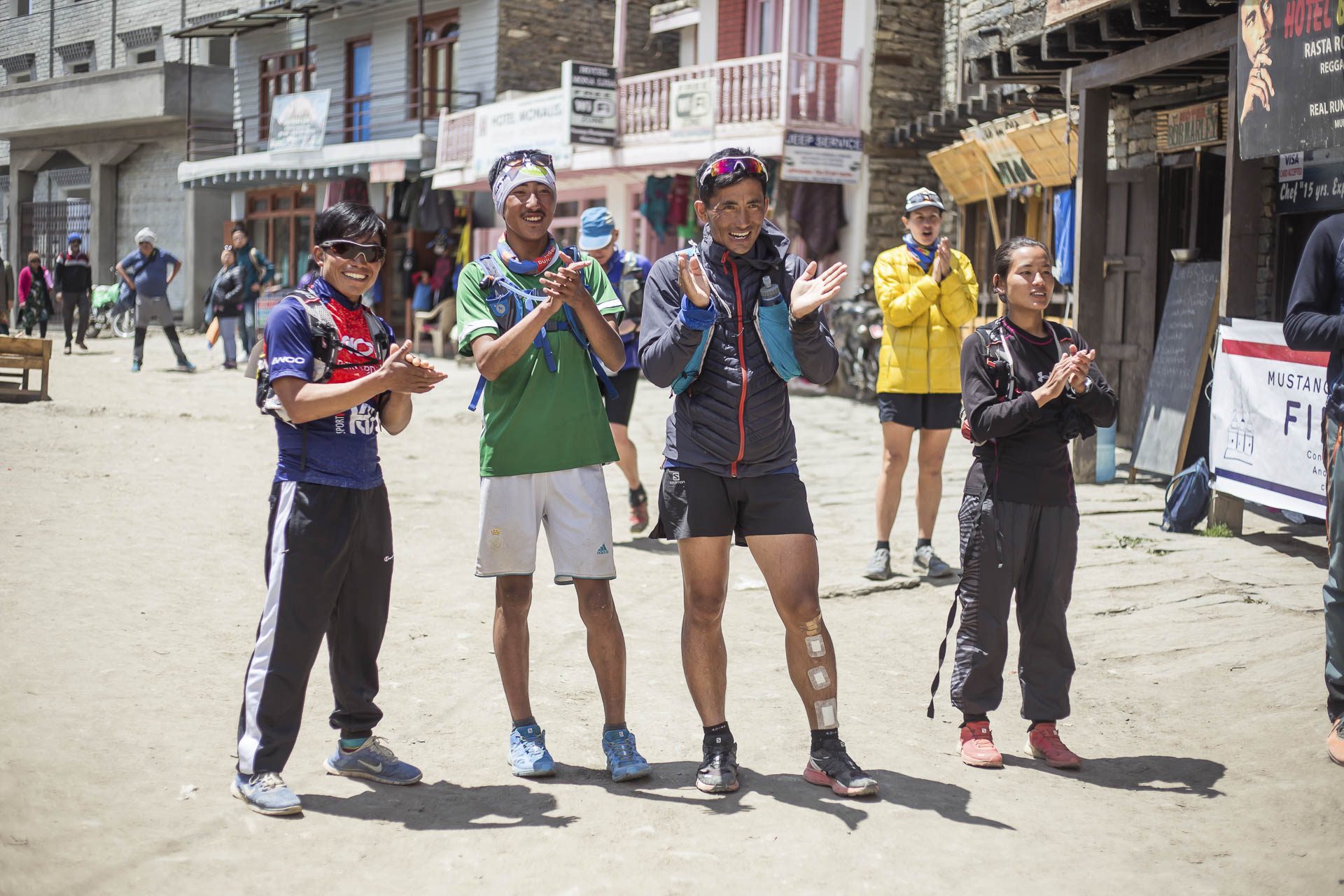 Supporting the slower finishers at the finish line. 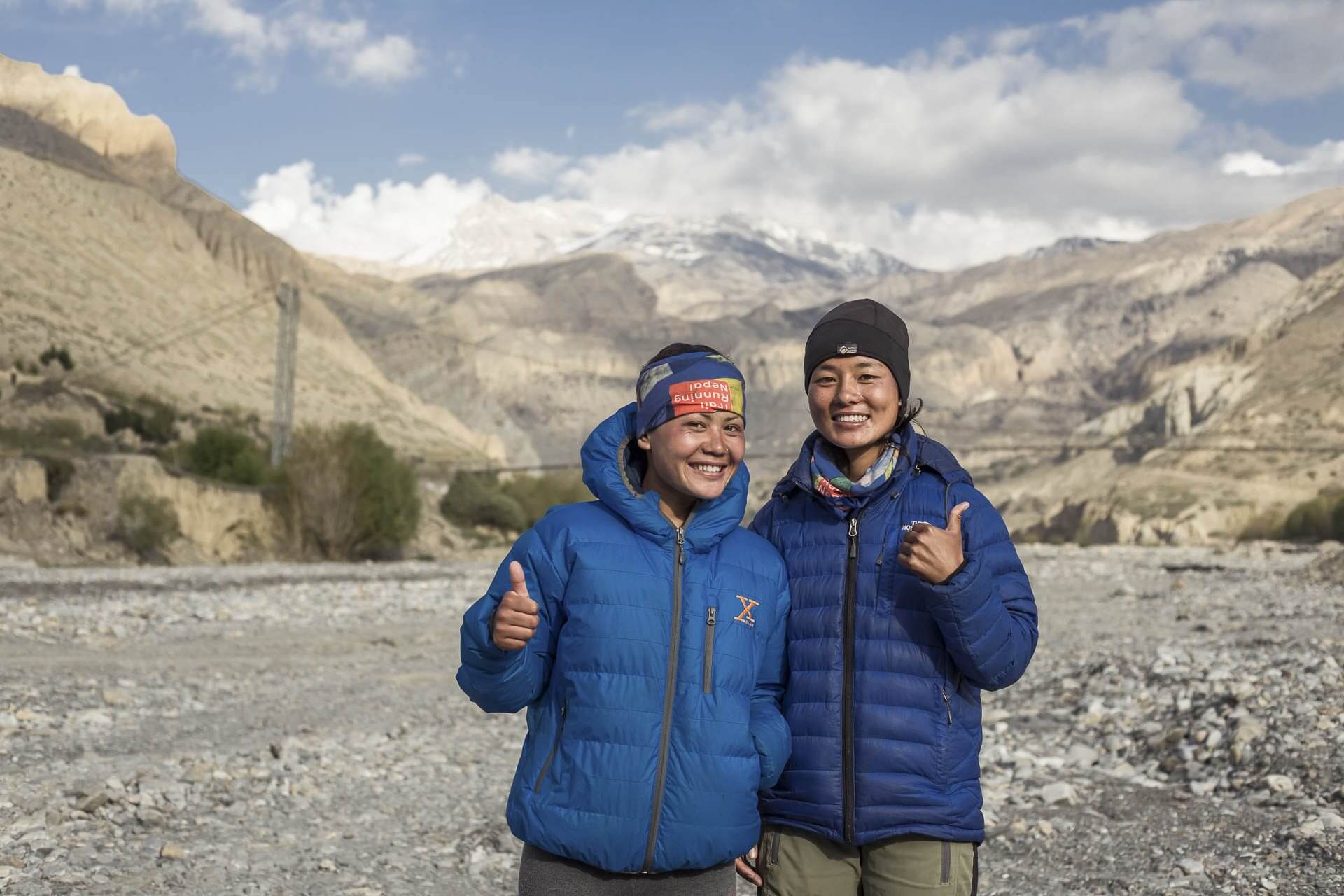 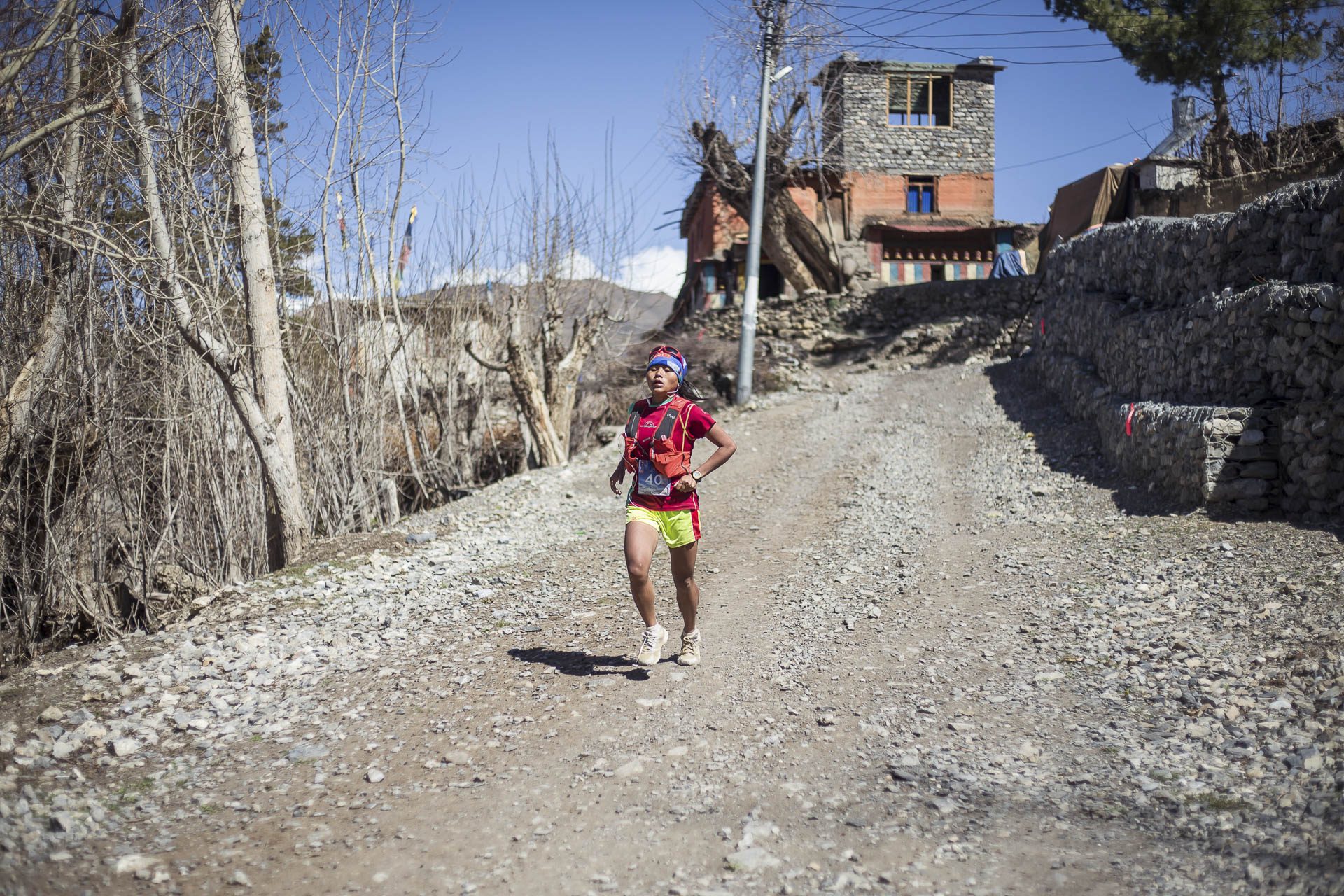 Priya Rai putting in a great performance on the final stage 8. 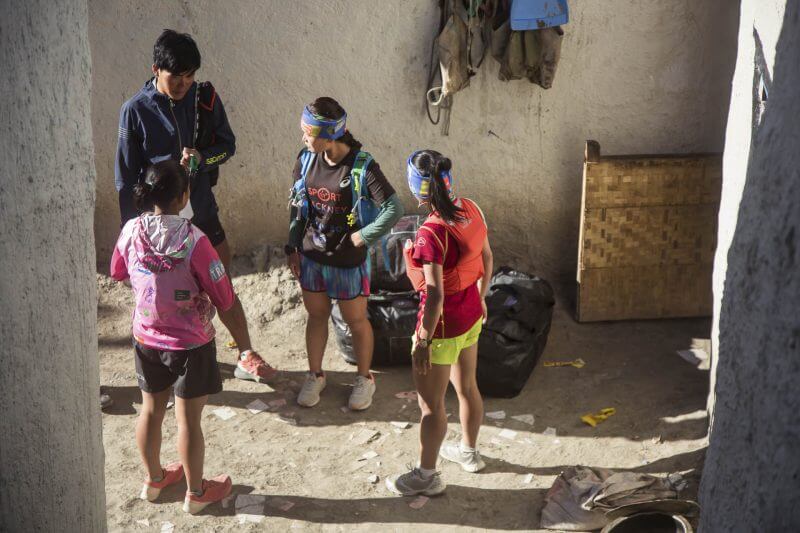 The runners preparing for the start in Yara, Mustang 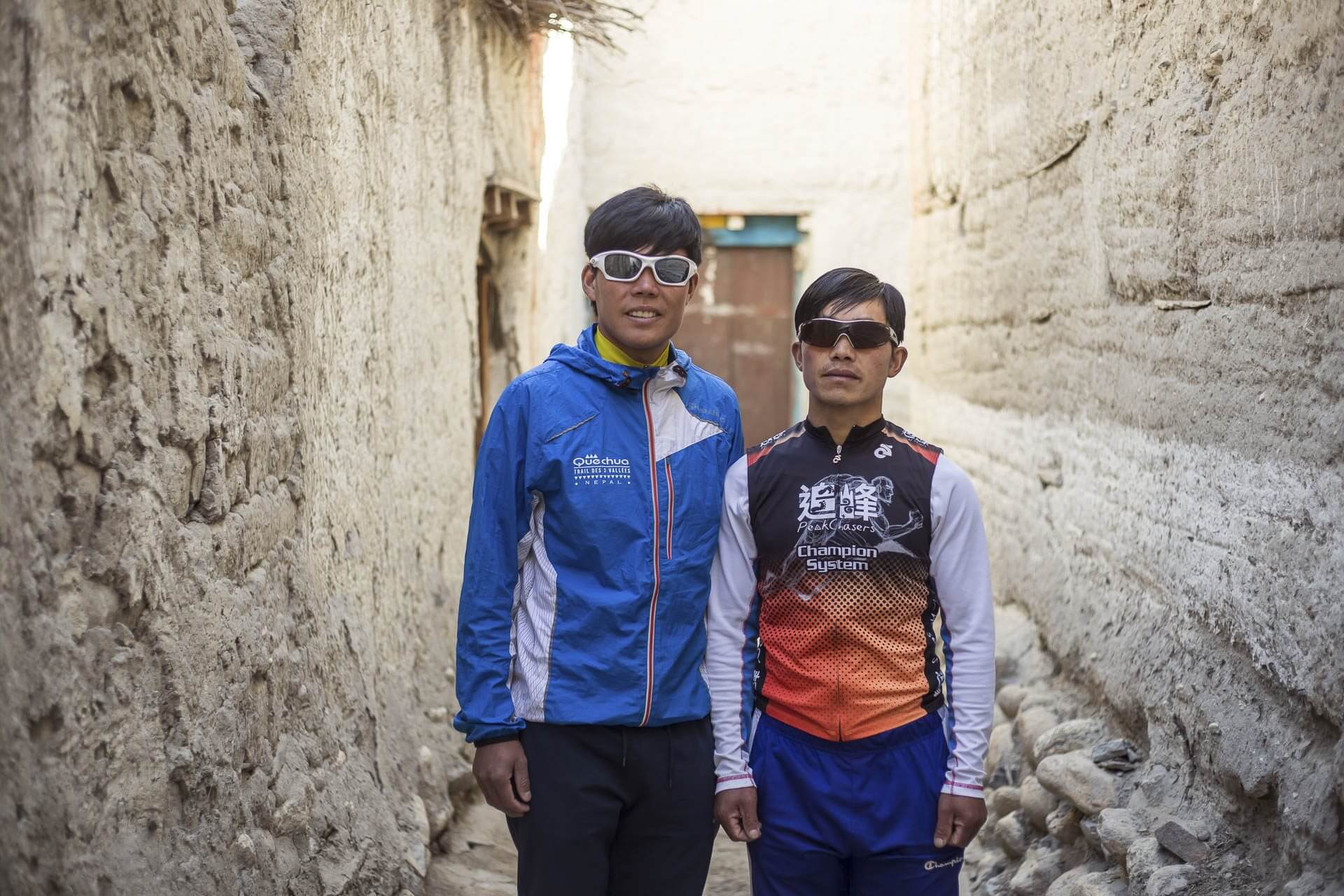 Suman Kulung and Kiran Kulung at the Mustang Trail Race 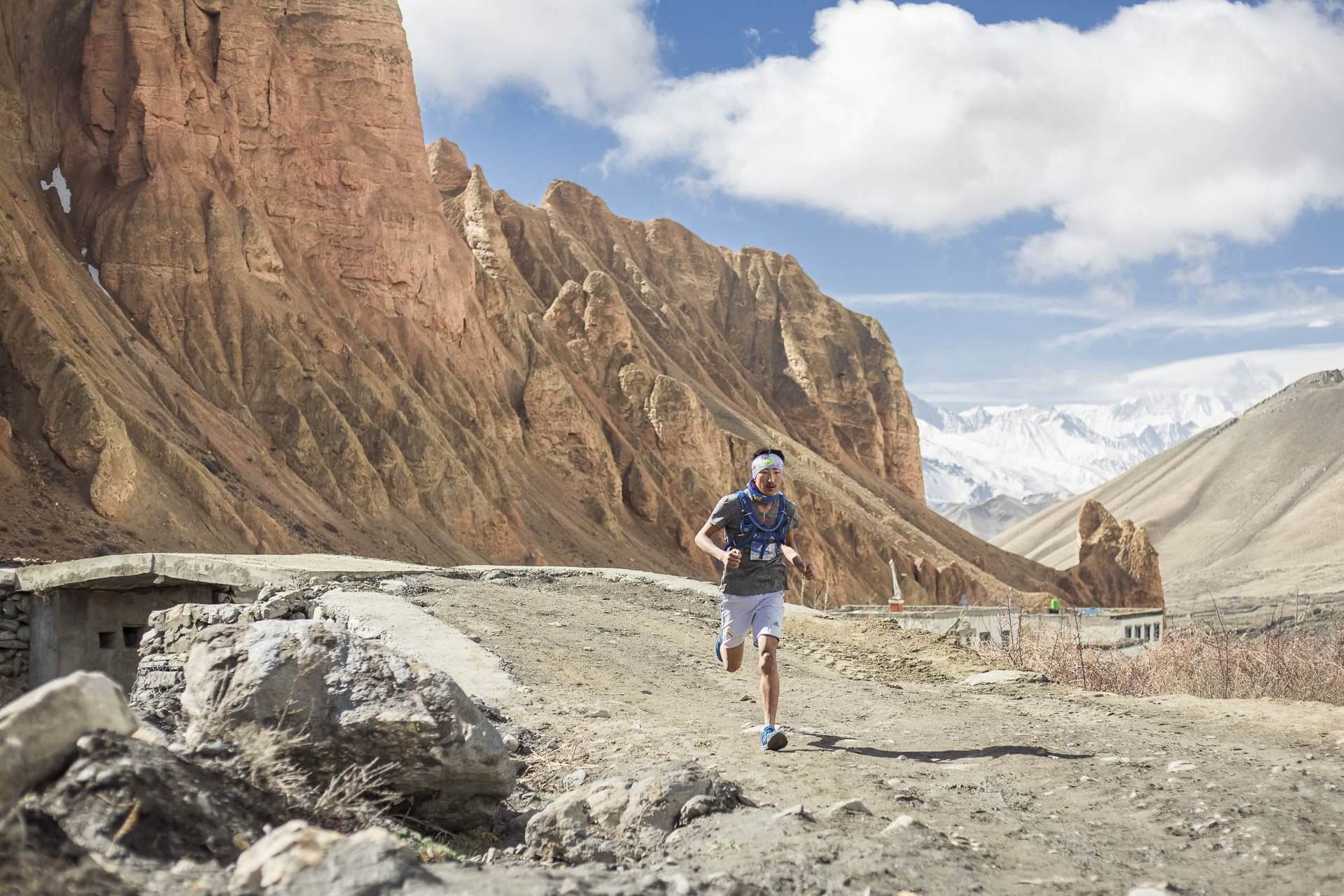 Umesh Rai from Bhojpur on stage 3 of the race. 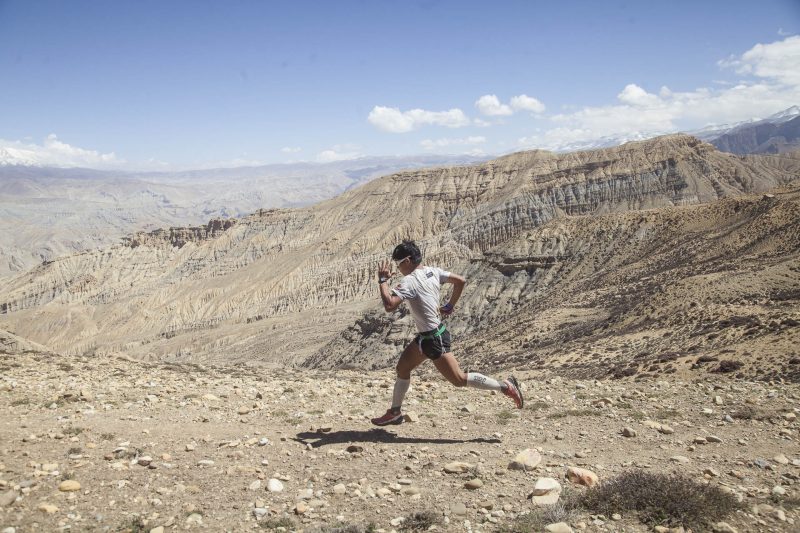 Suman Kulung pacing along at 4200m altitude in Mustang 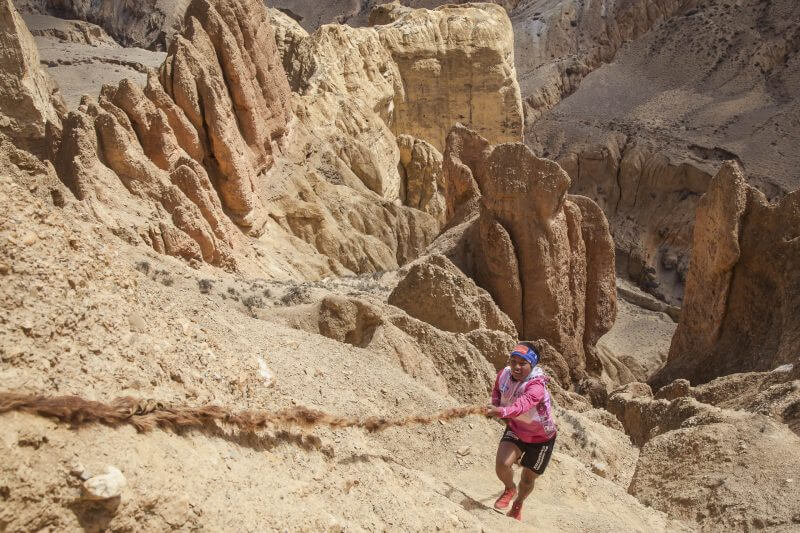 Previous: Mustang, one more time about the running
Next: Time to plant trees;